Toronto, Canada. It’s official! The 3rd Annual Big Hearts for Big Kids concert event benefiting the Grande Prairie Youth Emergency Shelter, also known as Sunrise House, will receive $104,000 from Saturday evening’s fundraiser, created and hosted by Tenille — 2012’s first ACMA Female Artist of the Year, and CCMA Female Artist of the Year Nominee. In the 3 year tenure of the event, $194,000 has been raised.

“This was the first year our tickets — over 450 seats — sold out before February 1st,” said Tenille. “The people of Grande Prairie paid $75 per seat and experienced phenomenal talent — Wendell Ferguson, Pear, Jake Mathews, Willie Mack. It was an honour having CCMA Hall of Fame Inductee Michelle Wright participate. The way she interacted with everyone was amazing. Jason Blaine and his band put on a great show which was an incredible way to end the night!”

Grande Prairie residents opened their wallets and contributed over $14,000 to silent auction items and over $22,000 for live auction items including a music package consisting of an autographed Epiphone Guitar, guitar lessons, Bud Country Fever Tickets, and a 10 hour studio recording session at the Grande Prairie Regional College; a private catered dinner for 8 with Chef Gavin Young at the winner’s home complete with wine basket; a trip for two anywhere West Jet flies; a barbecue and steak package. The lucky winner of the diamond ring raffle, valued at $3,000 donated the ring back to the live auction with the crowd enthusiastically responding and generating $11,000. Artist Lewis Lavoie’s live mural resulted in an additional $7,600. Lavoie was also taken by surprise when he was announced the winner of the mystery trip raffle. He and his wife will fly to Las Vegas and enjoy a stay at the MGM Grande Hotel and be entertained at the Shania Twain Show!

“Saturday evening’s event has confidently strengthened the shelter’s budget for 2012, bringing encouraged hope to successfully support these kids in need. It is humbling to learn this is what can take place when a community comes together,” said Tenille.

“A huge thanks is extended to the Big Hearts for Big Kids committee for their hours of dedication, and the sponsors who were bugged relentlessly,” said Tenille, “thank you for believing in this event. To our volunteers, thank you for your kindness. And to all the artists who participated, thank you for sharing your time and talent to make such a huge difference. To every single person who spent their hard earned money to buy a ticket, thank you.

“Thank you for supporting the youth in need of a safe place to turn to right here at home.” 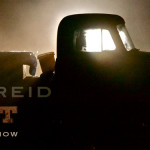 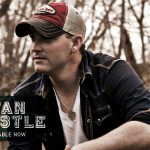