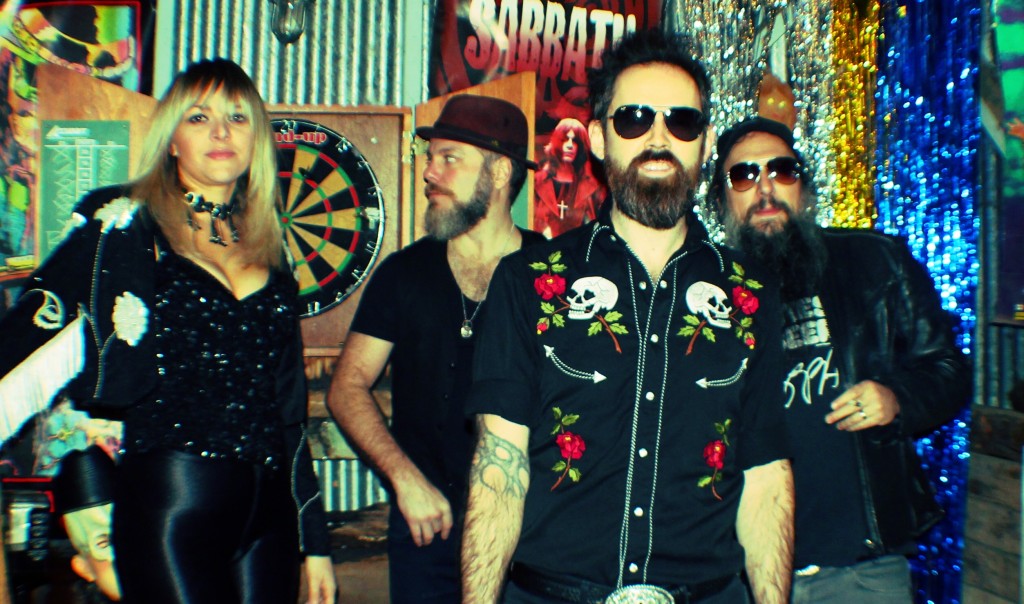 Blackie Jackett Jr. was born in the back of a tour bus and grew up in bars, hotel rooms and truck stops. He was born in the drunken minds of Finger Eleven guitarists James Black and Rick Jackett as they traveled around the continent. Their repertoire of upbeat, drunken train wreck sing-alongs were written on the road, but it wasn’t until the duo went home to Toronto that the songs really came alive.

That’s where they first heard Sandra Dee. She was singing karaoke, in between slinging drinks at their local – just nailing Loretta Lynn and Dolly songs. Like lightning or magic, it was really special… AND she likes to drink. Perfect. Though he was born a lone traveler, Blackie Jackett Jr. was quickly on his way to becoming a band. When long time friend and guitar lick hyper-wizard, Jimmy Reid, laid down some leads on a track, magic lightning struck again. Sh*t got VERY real!

Now, Blackie Jackett Jr. is a well lubricated country steamroller, with as many as 7 players some nights. They’re ready to blast their unique brand of old school smart-assed country rock around the globe. They can do it all. High energy or sweet and mellow. Plugged in or stripped down. Day or night. In any shape or size, they are a drunken bundle of firecrackers – Guaranteed to go off and have a good time.