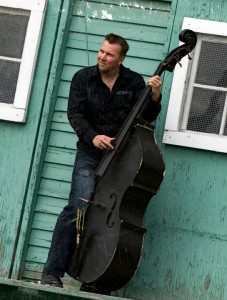 4 time CCMA Award winner Shane Chisholm has become a tour de force, performing around the globe sharing his passion for music and the ungentle art of show business, Be it BMX style acrobatic tricks on the Upright Gas Tank Bass to Chanting anthems back and forth with an unsuspecting audience Shane will have you at your attention from the beginning till the end.As well as writing, producing and performing Claresholm Alberta’s Shane Chisholm has been crafting his own musical instruments, his latest addition to his collection “Tank” an Upright Bass crafted from a Chevy Astro gas tank won CCMA Special Instrument of the Year 2010 and in 2012.

Shane’s most honorable experience was touring in the Persian Gulf and Afghanistan in support our Canadian Forces.

Some Career highlights were being welcomed into Ole Publishing family with a single song publishing deal which was won at the 2009 CCMA awards and was also nominated along side of Corb Lund for CCMA Roots Artist three years running.

Chisholm’s Hitchhiking Buddha CD was distributed by Fontana North a subsidiary of Universal Music Group, nominated for Country Recording of the Year through the Western Canadian Music Awards and for Album Design of the Year from the Canadian Country Music Awards.

The sophomore release titled “No one came” officially released January 2012. 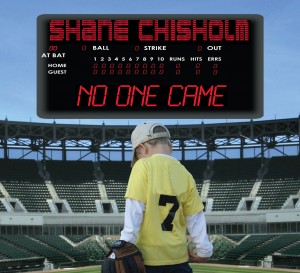