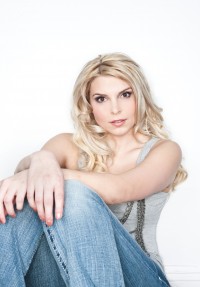 A new single will be coming from Katie early in the New Year. While her first single “When’s The Weddin” didn’t make the national charts, the song opened the eyes and ears to radio programmers as to what a unique talent she is. Katie wowed the audience at the CCMA Royalty party in early September and will be travelling to more Canadian markets this fall promoting the upcoming album. The album was produced by CCMA’s 2006 Producer of the Year winner Gil Grand and hot Nashville tunesmith Anthony Smith.