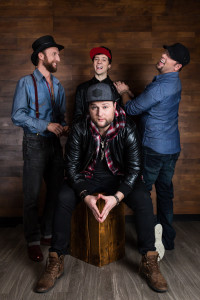 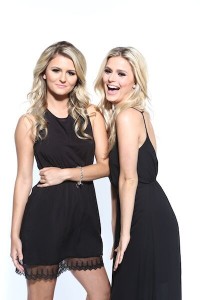 2016 BCCMA nominees announced, which included Royalty Records artists, Chris Buck Band and  Robyn & Ryleigh. Both artists have been recognized in the categories for Group or Duo of the Year and Video Director of the Year, as well as in several other categories. The full lists of nominations are provided below. Chris Buck Band will also be performing at the award show on Sunday evening.

Nominees for The 40th Annual Awards Show are from all over British Columbia and include BC talent such as Aaron Pritchett, JoJo Mason, Chad Brownlee, Madeline Merlo, The Washboard Union, Dallas Smith, and Karen Lee Batten, just to name a few.

Tickets must be purchased in advance before the day of the event. Tickets will not be available at the door. For more information please visit, www.bccountry.com

The Chris Buck Band is quickly becoming one of the hottest new country acts in Canada. 2015 saw the band score their first two independent top 40 Singles with “Leave Your Light On” and the viral country dance anthem “Giddy Up”. They  recently received a call from Nashville that they have won First prize in the  2016 UnSigned only song writing contest. Their latest release hitting radio September 26th, 2016 is titled “Sun Sets Down”, produced by Jeff Johnson (2 time nominee at the 2016 CCMA awards). This backwood anthem reaches deep into the core of their country values and further establishes their brand of up tempo energetic hot country. Fresh of their recent signing to ROYALTY RECORDS and the SAKAMOTO AGENCY the much anticipated follow up single is sure to fill up dance floors in every venue, fair and festival. “Good Times All Around….when the SUN SETS DOWN”

R&R, as their friends and family lovingly tag them, are true Canadian country girls in daily life, growing up in a serene setting on the family property in B.C.’s Fraser Valley. When not on a stage or in a recording studio, Robyn can be found tinkering on her own car, while Ryleigh loves quadding, and once beat some farm boys in a tractor race at a fair after one of their gigs.

This sister duo is also very passionate about staying fit, eating healthy nourishing foods and sharing their love for health and fitness.

Robyn and Ryleigh are authentic country girls, singing about fast cars, boys, and hot summer nights. Part mud, part makeup, part glamorous, part funny. The perfect recipe for a couple of girls you’d like to get to know better.

The BCCMA is an organization with the focus to promote, foster and encourage the development and public appreciation of, and interest in, the British Columbia Country Music Community. 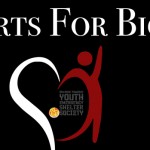