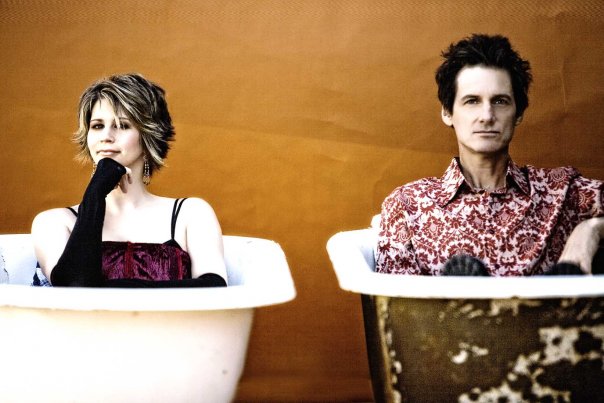 Like many of music’s most beloved duos and Hollywood’s favorite couples, when Lisa Brokop and Paul Jefferson first arrived in Music City neither could have ever envisioned that they would soon join their musical gifts in a duo called The Jeffersons, and join their lives as a gorgeous married couple and the new parents of a little angel called Ivy.

“We couldn’t be any less alike,” Lisa sings in “Almost Like We Meant To,” one of the dozen radio-friendly songs on the duo’s powerhouse debut album, The Jeffersons, Vol. 1.

“I was never a fan of duos before,” Paul says in a phone conversation from their Nashville home.

Music and radio fans both in the States and Canada are thrilled that Brokop and Jefferson shed their early reluctance, and have formed one of Music Row’s most exciting and creative new acts.

Brokop hails from the Vancouver suburb of Surrey, on Canada’s spectacular Pacific Coast. Carrying on the proud Canadian country singing and songwriting tradition of pioneers like Hank Snow and Anne Murray, little Lisa knew early on what she wanted to be.

“All I wanted to do from the time I was 7 or 8 years old was go to Nashville and be a country singing star,” she says.
Her combination of tremendous talent, movie-star looks, and natural audience rapport enabled Lisa to beat the million-to-one odds. By 1995 she was on Garth Brooks’s label, Capitol Nashville, working singles such as “Give Me A Ring Sometime” and “Take That” to country radio, and releasing an aptly named Capitol album called Every Little Girl’s Dream.

“When I think back on that now, it was kind of a blur,” Lisa says. “It was very exciting, but I was also so young and so easily influenced by people around me.” She even appeared in a music-themed movie, Harmony Cats, where her co-stars included Hoyt Axton, the beloved country songwriter of hits including Three Dog Night’s “Joy To The World.”

Changes at Capitol eventually led Lisa to move to Columbia Nashville and then Curb Nashville. It was tough to weather all of those business storms, but through it all one vital factor remained comfortingly constant.

“Fortunately, I’ve been able to stay here in Nashville and go back to Canada and tour,” she says. “It’s allowed me to pay the bills and have a wonderful fan base.”

Lisa has always been an industry favorite in the Great White North as well. One year she won Canadian Country Music Association Awards both as Independent Female Artist of the Year, and for recording and co-writing the Independent Song of the Year, “Something Undeniable.”

Something else undeniable was that Paul Jefferson was making his own Nashville and country radio news at about the same time as his future wife. Maybe it was fate: Both had singles at radio in the spring of 1996, and Lisa’s was called “Before He Kissed Me.”

Long before that, Jefferson grew up as the son of a guitar teacher outside of San Francisco. Young Paul grew up playing and singing, and once a friend played Paul a Willie Nelson album, he was hooked.

“I was speechless, I’d never heard anything like it,” he says. “In high school I was kind of into country music and nobody else was, so I was actually kind of cool.” The fact that Jefferson had matinee-idol looks helped as well, as did something else he played with consummate skill – tennis.

He was offered several tennis scholarships and accepted one from the nearby University of California at Berkeley. Playing in the same fiercely competitive conference that produced John McEnroe in tennis, Aaron Rodgers in football, and Tiger Woods in golf, Jefferson went undefeated his sophomore year.

“Then I cut my finger off with a table saw,” Jefferson recalls, and even though the digit was surgically repaired his tennis game was never quite the same.

This self-described “Renaissance Man” graduated Cal with a degree in bio-engineering and earned a commercial pilot’s license, but Paul’s love and passion for music became the focus in his life, particularly after he portrayed Hank Williams Sr. in a much-lauded Bay Area production of Lonesome Highway.

That inspiration naturally led him to Music Row, where like Lisa, it wasn’t long before he snagged a record deal. Jefferson was one of the first artists signed by Almo Sounds, the Nashville arm of the legendary Los Angeles label A&M. The “A” in A&M was Herb Alpert.

One day Jefferson got a thrilling phone call. It was Alpert. “Paul, I just wanted to tell you how much I loved your album,” Herb said. A delighted Jefferson told Alpert how much of a musical hero Herb had always been for him, and that Paul’s first instrument as a kid had been the trumpet.

“Check Please” was Jefferson’s first radio hit for Almo, followed by other strong singles such as “Fear Of A Broken Heart.” He also was one of the Row’s hottest tunesmiths, co-writing the No. 1 Aaron Tippin smash, “That’s As Close As I’ll Get To Loving You.” Fast-forward to a Starbucks near Music Row a few years ago, where a friend of Lisa’s suggested she meet Paul.

“It was a setup,” Lisa says, smiling. “My best friend’s husband was gonna play guitar in Paul’s new trio Hilljack, and she told me, `you gotta meet this guy.’ ”

They spoke on the telephone, and Brokop noticed something. “I really liked the sound of Paul’s speaking voice,” she said. They met and began writing. “A few hundred coffees later,” in their words, the couple got married.

“It was never really implied or talked about that we would play together,” Paul says. “Eventually, Lisa needed someone to play guitar with her on some shows in Canada. One night, we sang John Scott Sherrill’s `A Frozen Sea’ together, and the audience went on their feet.”

Lisa says: “We were actually trying not to do it, but the duo act sort of found us in a way. I had always been afraid of combining relationships and business, but for us now it seems like it was a no-brainer. I would hate to think what it would be like if we had to tour separately again.”

Instead, what they have is The Jeffersons, one complete album of a dozen songs and a delightful EP of Christmas standards, and a growing number of fans plus bookings and house concerts, the new venue of shows in private homes for singers and songwriters. “They are great, and most of them have gone smoother and better than I ever dreamed they would,” Paul says. “The whole phenomenon is quite amazing.”

So are the Jeffersons, as one of their youngest fans can attest.

Well, get used to it, little Ivy. A whole lot of people all over the United States and Canada will soon be getting to hear and know the music and magic of your Mommy and Daddy. 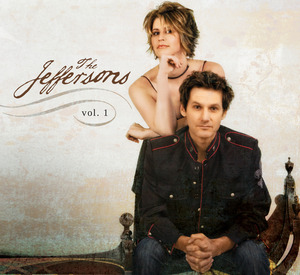