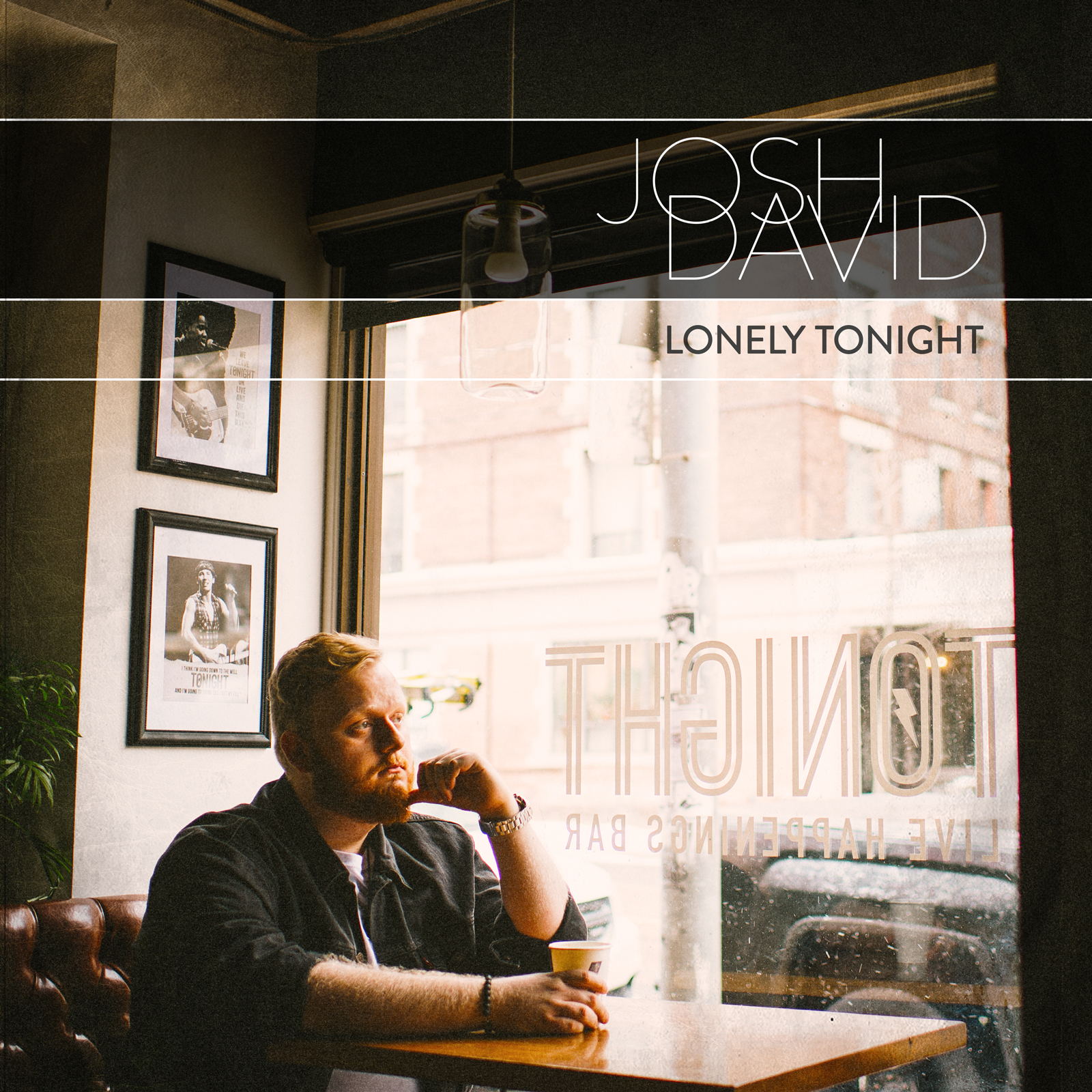 October 2, 2020 (Toronto, ON) – Through the chaos that has been unleashed in 2020, Kitchener native Josh David has been the calm in the storm for many Canadian country music fans. With the March release of his reassuring debut single “Safe Place to Break,” Josh turns up the emotion with the release of his sophomore track “Lonely Tonight,” available across streaming platforms today. Already picking up traction as the cover of Amazon Music’s Breakthrough Country playlist, “Lonely Tonight” will be available at Canadian country radio on November 2.

Described by Josh as a song “about two people who find themselves in a whirlwind of emotions, going back and forth to a relationship that they know just isn’t meant to be, ” the new single affirms his incredible skill as a songwriter and storyteller, with poignant emotions in both his lyricism and his tone.

Quickly becoming known for his ability to elicit raw sentiment through his music, the weight of Josh David’s early 2020 debut was felt immediately, with out of the gate support across streaming platforms, including adds in Apple Music’s Country Lovin’, Canada’s Country, Hot Releases and Hot Tracks, Spotify’s Live Country, and debuting #2 on Amazon Music’s 2020 Artist To Watch, in addition to Amazon’s Faceout Feature on Introducing Country, and inclusion in their Breakthrough Country, Acoustic Chill, Fresh Country, and Brand New Music playlists. The release also saw several Canadian country radio adds – being played coast to coast, including on CBC/SiriusXM Country. The instant connection listeners felt with the track resulted in well over 130K streams – not an easy feat for a brand new artist.

Josh David has been performing in live music venues since a young age and has quickly carved out his place as a local favourite, performing regularly; totalling more than 100 shows a year. He’s taken the stage at The Kitchener Bluesfest seven years in row and has performed alongside the likes of JUNO award winning Steve Strongman, Rob Szabo, Shawn Kellerman, and members of The Western Swing Authority. Having opened for country music heavy hitters Aaron Pritchett, Meghan Patrick and The Reklaws, he has also worked with some of the biggest names in the recording industry, such as Jason Barry, David Kalmusky, Emma-Lee, Byron Hill and Jeff Johnson. Josh’s talents were realized early on when he found himself as a Top 8 World Finalist for the 2013 American Country Star competition.