(Toronto, ON – August 14th) – Scheduled to hit radio on August 24, 2015, ‘Pushing Up Daisies’ is a swamp-rock fuelled, country stomp that finds Hey Romeo offering up their signature blend of harmonies and the fluent musical interplay they’ve cultivated over a decade of touring and recording.

Sung with a smile and a smirk in the vein of the Dixie Chicks’ ‘Goodbye Earl’ the lead single from Hey Romeo’s forthcoming EP, Ride With Me, (release date: Sept 25th, 2015) is a dark, tongue in cheek track anyone can relate to, says lead singer, Stacie Roper. “Everyone has someone in their life that’s wronged them, but still thinks they can be taken right back, and this is a cheeky way of saying that’s just not gonna happen.”

Frankly, ‘Pushing Up Daisies’ is a tune so true to life that fans and new listeners alike will see their own lives, loves and heartaches reflected in it on the very first listen.

Over the years Hey Romeo have toured extensively, playing countless shows on their own and with artists including Sugarland, Darius Rucker, Gord Bamford, Johnny Reid, Alan Jackson, Terri Clark and The Nitty Gritty Dirt Band. 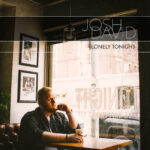 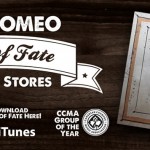