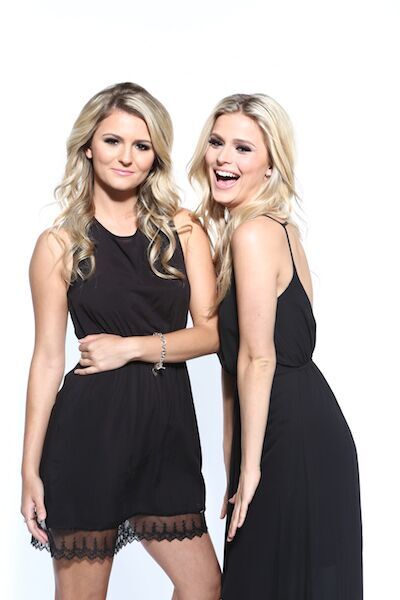 Sisters Robyn and Ryleigh Gillespie are a country/pop duo hailing from Langley, BC. Their sound is a reflection of their combined musical influences- the energy of modern sounds blended with traditional country elements of acoustic instruments, meaningful lyrics, and sibling harmonies. Recently signed to Royalty Records (Sony) with fresh new music on the way, the girls are primed to break out on an international level.

‘R and R’, as their friends and family lovingly tag them, are true Canadian country girls in daily life, growing up in a serene setting on the family property in BC’s Fraser Valley. When not on a stage or in a recording studio, Robyn can be found tinkering on her own car, while Ryleigh loves quadding, and once beat some farm boys in a tractor race at a fair after one of their gigs.

The girls began singing and performing together organically. Robyn began writing the first of her many songs at age 12, and discovered singing in front of receptive family members and friends was fun and well received. Soon after, Ryleigh began harmonizing to her sister’s songs from an adjoining room, creating what is now their signature sound. Duly impressed, their mom and dad encouraged them to sing together, and that’s when the sibling magic took over.

Several years ago, the girls caught the attention of Producer/Managers David Wills (The Higgins, AJ Woodworth) and Paul Shatto (The Higgins, Chad Brownlee) who took them into the studio to record an EP of original material. The core of those songs became part of the girls’ self-titled debut album. They released the single “Just Another Sundown” which received significant airplay, along with the video which aired in heavy rotation on The Heartland/TNN Network in the U.S.

Since then, Robyn and Ryleigh have been honing their skills by performing with their band at numerous events of all sizes throughout the northwest, as they prepare to take the next career step. Robyn has blossomed into a prolific songwriter and guitar player, also dabbling with every instrument she can get her hands on. Ryleigh now also co-writes some of the girls’ songs, in addition to being a working actor.

Robyn and Ryleigh are authentic country girls- singing about fast cars, boys, and hot summer nights. Part mud, part makeup, part glamorous, part funny. The perfect recipe for a couple of girls you’d like to get to know better.