TORONTO, ON – Announced today, Royalty Records have signed an agency / distribution agreement with Sony Music Entertainment Canada. International management firm, Cache Entertainment helmed by Gord Bamford and Brian Halbert, has been integral to building this relationship and aligning the two labels together.

In a joint statement Bamford and Halbert said, “Cache Entertainment Inc. is proud to have helped execute the recent agency / distribution partnership between Sony Music Entertainment Canada and Royalty Records. Having worked with both companies over several years, it seemed like a natural fit to introduce the major label powerhouse that is Sony Music Entertainment Canada to Royalty Records, a highly respected independent label that has been in business for 40 years. We look forward to many successes in the future and know that a combination of these two labels will create a premier home for artists of all genres in Canada.”

Over the past 40 years, Royalty Records has grown into a full-service, nationally recognized record label and distributor for both Canadian and international recording artists. With a primary focus on Country music, the Edmonton-based label has been home to an incredible roster of Canadian artists over the last four decades and their current roster includes Blake Reid, Boom Chucka Boys, Chris Cummings, George Fox, Hey Romeo, Jay Sparrow, The Orchard, Tenille and Tristan Horncastle.

“As Royalty celebrates our 40th Anniversary, we couldn’t be more thrilled to announce our agency / distribution agreement with Sony Music Entertainment Canada,” said Rob Smith, President / CEO of Royalty Records. “I want to personally thank Cache Entertainment (Gord Bamford and Brian Halbert). I also want to thank Chris Hardy and Thiago Kurtz, along with everyone else at Sony, for enthusiastically welcoming our Royalty family into the Sony family.”

Chris Hardy, Director, Distributed Labels at Sony Music Entertainment Canada adds, “We are delighted to be involved with Royalty Records, a label with a 40 year history of developing and bringing focus to Canadian artists. We share in that commitment, and are proud to be working with Rob and the whole team at Royalty.” 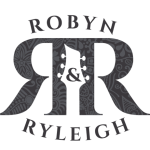 ROYALTY RECORDS SADDENED BY THE PASSING OF BEV MUNRO