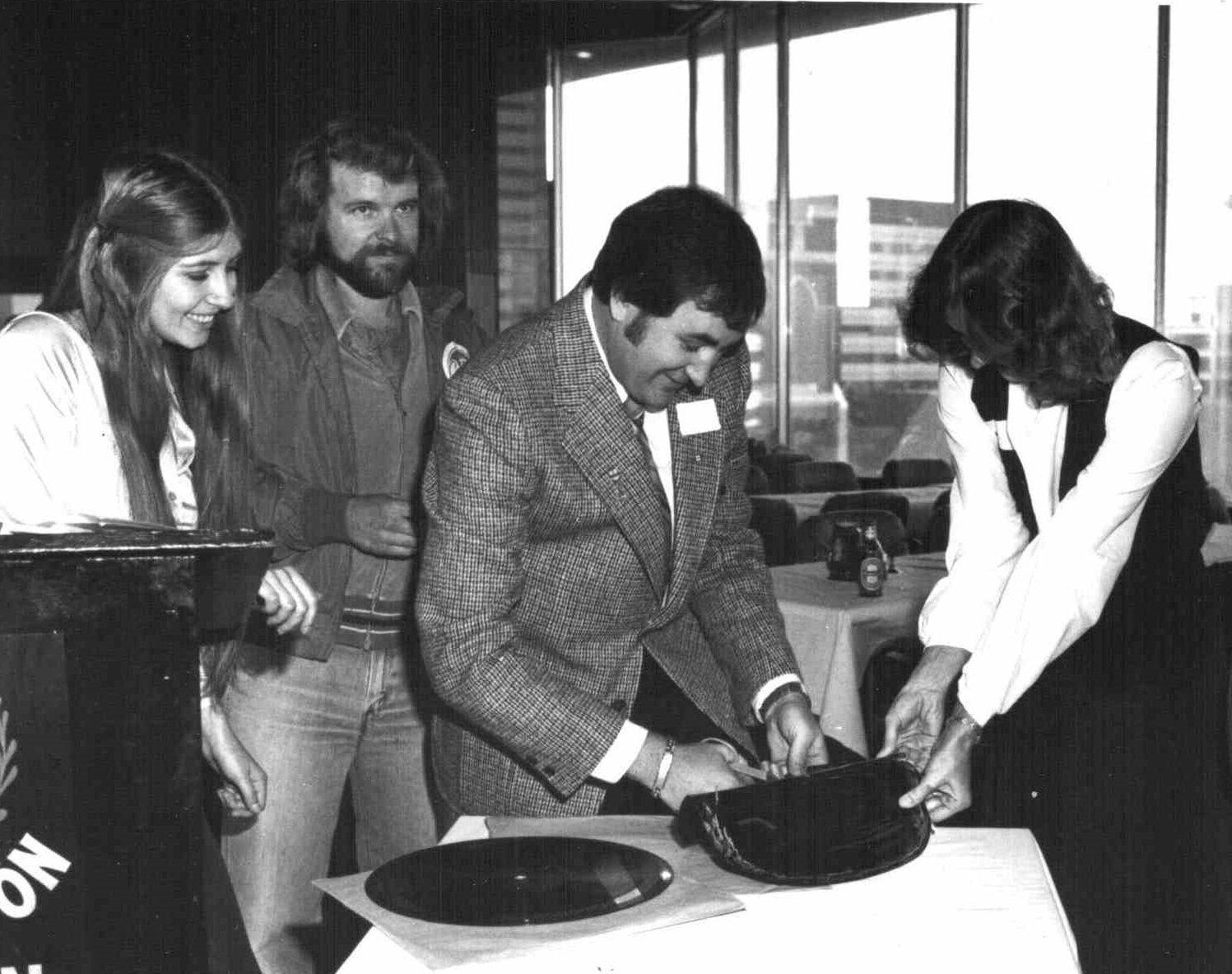 I first met Barry Allen in the summer of 1959.  You see, Barry and the rest of the Wes Dakus and the Rebels crew, including a gentleman by the name of Robert Weldon Clarke, or just Bob Clarke to everyone who knew him, were coming to one of the best high profile concert facilities in western Canada, Temple Gardens in Moose Jaw, Sask.  Of course, every young red-blooded Saskatchewan teenager including yours truly was headed for Moose Jaw.  Wes and the Rebels were our idols.  And so yours truly, along with as many as possible of my young ne’er do well friends of the day, packed ourselves into a car and arrived early at the Temple Gardens parking lot.  How lucky could we be, our heroes The Rebels were pulling in at the same time.  No mistaking the big old Rebels Cadillac, and no mistaking our hero of heroes, their lead vocalist, Barry Allen.  As Barry rolled, uh stepped out of the car, me being me I decided I would stroll over and have a chat, well sort of a chat.  Strangely enough, this was the start of a long-time friendship.

Later on, in the 1960s, after I had moved to Edmonton and was performing in the Oak Room dining lounge at the Midtowner Motor Inn, my hero Barry Allen was performing ten steps down the hall in the lounge.  Of course, we chatted on a regular basis.  So in the seventies when I began producing, and formed Royalty Records, and I knew Barry was the house engineer at Wes Dakus’ Sundown Recorders, it was obvious that he and I were going to be working together on many projects.  A quick glance through Royalty’s archives, and I counted at least a dozen albums by a variety of artists including Laura Vinson, Russell Thornberry, Chris Nielsen, Jimmy Arthur Ordge, Glory-Anne Carriere, Larry Gustafson, Gary Fjellgaard and yours truly, who all benefitted from Barry’s expertise not only as an engineer but on many occasions he would lend his voice as a backup singer along with other Royalty artists such as Chris Nielsen, Larry Gustafson and so on.

A lot of the albums that Barry engineered were successful as not only Canadian releases spawning a never-ending line of nationally charting singles for the artists involved, but some ended up being released internationally, most notably throughout the U.K. and Europe, as well as several south of the border.

It takes a lot of people to make great records.  Edmonton was blessed with an abundance, even back in those heady days of the 1970s – the musicians, the songwriters, the performers.  But all of this needs to come together.  It all has to be blended, and without an expert engineer, it doesn’t ever come out quite right.  Not only was Barry an incredible artist/producer in his own right, but in my career as a producer, having worked with several internationally recognized engineers, no one I ever worked with was any better than Barry Allen.  He is responsible for a lot of the success that I had as a producer.

I don’t have any words that I can begin to say to completely express my emotions at this time.  Perhaps it is best summed up that, many times, right up until the last year or so, I would just drop by Homestead Recorders, walk in, and tap on the control room door.  Barry would look up from the board, put that huge smile on his face, get up and open the door, and before we knew it, we would be laughing as we remembered our adventures during the times we worked together.  To say that I miss him, and will always miss him, is an understatement.  Thank you Barry, thank you from the bottom of my heart, my dear old friend.  To Dianne and the boys, my sincere condolences.