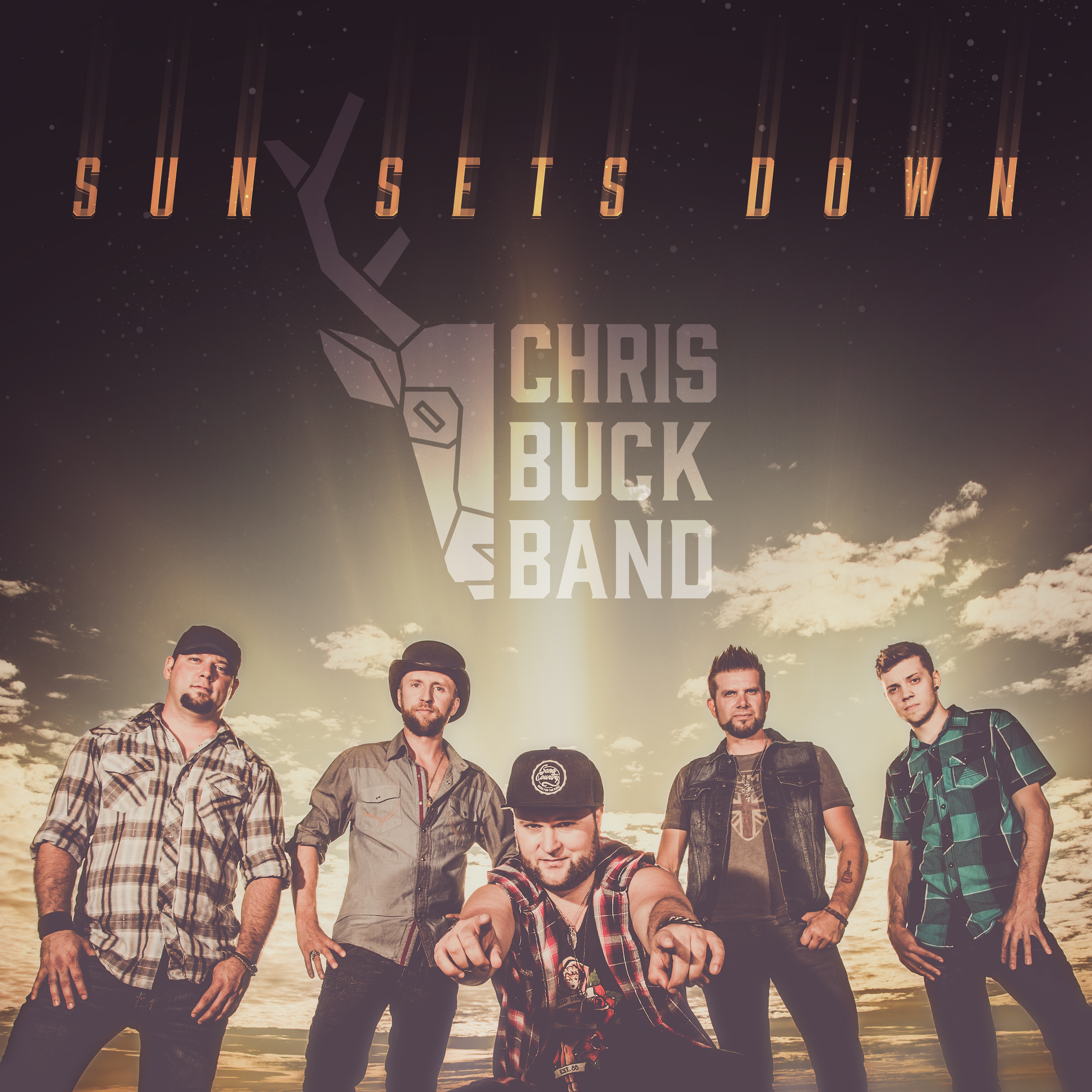 The Chris Buck Band is quickly becoming one of the hottest new country acts in Canada.

2015 saw the band score their first two independent top 40 Singles with “Leave Your Light On” and the viral country dance anthem “Giddy Up”. They recently received a call from Nashville that they have won 1st prize in the 2016 UnSignedOnly Songwriting contest.

Their latest release hitting radio September 26th, 2016 is titled “Sun Sets Down”, produced by Jeff Johnson (2 time nominee at the 2016 CCMA awards). This backwood anthem reaches deep into the core of their country values and further establishes their brand of up tempo energetic hot country.

Fresh of their recent signing to ROYALTY RECORDS and the SAKAMOTO AGENCY the much anticipated follow up single is sure to fill up dance floors in every venue, fair and festival. “Good Times All Around….when the SUN SETS DOWN”