Just announced, The Boom Chucka Boys will join the family at Royalty Records with their next release, produced by award winning country artist, Gord Bamford at MCC Recording Studio in Calgary, Alberta.The album is scheduled to be released the 3rd week of January 2015 within Canada and worldwide through Royalty Records/Sony Music Entertainment Canada.The focus for this next recording is to capture the essence of the band’s evolving sound, with a guitar driving, modern day Dwight Yoakham/Eric Church type feel, while keeping the unique sound and style that best represents The Boom Chucka Boys.‘From the first time Gord Bamford and Brian Halbert described The Boom Chucka Boys to me, to the first time I saw them live, to now with the musical direction the band is taking. I knew I wanted to work with the BCB’s. Everyone at Royalty is thrilled to be working with The Boom Chucka Boys to help add to the excitement and development that Cache Entertainment and the band have already created. We are also very excited to be back working with Gord and Brian as we move forward on this fantastic album together.’ – Rob Smith (Royalty Records Inc.)

‘The BCB’s are incredibly excited to announce that they have signed a deal with Royalty Records. We’re ready to make our mark on the country music scene. Now, not only do we have our management and mentors at Cache Ent., we’ve got the power, personnel, and resources of a full service, new school record label. Every year we’ve played bigger and bigger stages. This upcoming 2015 promises to be the BIGGEST YEAR YET.’ – Ryan Langlois (Lead Singer/Front Man)

The Boom Chucka Boys seem to have a knack for walking the fine line between many musical stylings. A WHOLE lot of country, with a splash of rock n’ roll. Sprinkle in some gospel, and little bit of soul.

Heavily inspired by all eras of music they pull from the likes of Johnny Cash, Elvis Presley, CCR, The Band, Dwight Yoakam, Dierks Bentley, and Zac Brown Band.

Front man Ryan Langlois’ stage presence, showmanship and voice are one of a kind in today’s country music landscape! Add to the mix Joel Rathjen on lead guitar, Teddy Roy Michaylow on bass, and

Ben Shillabeer on the drums, and you have a group of singers, songwriters, and showmen that is incredibly engaging, and entertaining.The band took shape in July of 2010. They began honing their musicianship, songwriting, and performance at any live venue that would lend them a stage. It didn’t take long for them to establish a reputation as a “band on the rise”!

Then on a chilly night in January of 2011, CCMA award winning country artist Gord Bamford happened to walk in on them in the middle of a 3 set night. Before long a deal was made and The Boom Chucka Boys signed a management deal with Cache Entertainment and the rest is history.

Cache Entertainment Inc. is extremely pleased to announce the signing of The Boom Chucka Boys to the team at Royalty Records. “This opportunity is key in the development of the band and the chance to align with our friends at Royalty Records is something we are very grateful for.  We look forward to great things together.”  – Gord Bamford & Brian Halbert (Cache Entertainment Inc.) 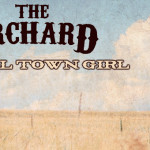 New Single from The Orchard 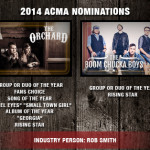 Get into the Holiday Spirit with Royalty Records….