Back with another get-stuck-on-repeat single to ring in the spring season, Chris Buck Band reminds us to take the time to enjoy life and loved ones with “Spin On It”. An undeniable catchy single, “Spin On It” is equal parts backroad anthem and love song, fused with Chris Buck’s signature All-In style, hitting country radio airwaves March 20th & online March 30th, 2018. 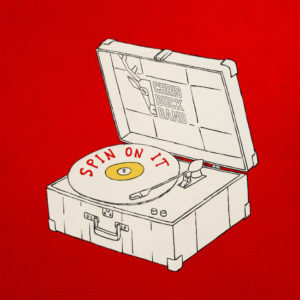 “Spin On It” comes as the first single from a new Chris Buck Band album due in fall 2018, and in advance of a busy touring season for the band, playing shows and festivals from the Maritimes to the west coast throughout the spring and summer, including Rockin River Music Fest in Merritt, BC, Boots & Hearts Festival in Ontario, and Frontier Days in Saskatchewan, amoung many more. For more show dates and ticket links to events, visit http://chrisbuckband.com/.

In 2017 Chris Buck burst onto the Canadian Country scene with his self-titled debut album, and the Top 20 hit “That’s When You Know”. The quintessential love song blew up the digital media and music worlds, with more than 2.3 million streams on Spotify and over 80 playlist adds to date, a CCMA nomination for Video of the Year, 6 months of “Top 10 Most Wanted” on SiriusXM, and capped off the year with winning Album of the Year at the British Columbia Country Music Awards, among many other accolades.

From auspicious beginnings as a local bar band to becoming a top charting country artist, Chris Buck’s style has always been upbeat and positive. Not one to waste a moment of the life granted to him, Chris’ dedication and appreciative nature shine boldly through his music, showing strength and positivity in the face of adversity. Though he played music from a young age, he was inspired to go “all in” and pursue a serious career in music after the death of a young musician friend whom he had mentored. For years the band rode the asphalt playing every show they could, honing their skills and growing a grassroots following. Today, Chris Buck Band is one of the fastest rising country music artists in Canada, and has built a following of thousands of fans.

For more on Chris Buck Band,