TENILLE PERFORMS AT THE TEC CENTRE AT EVERGREEN SATURDAY NIGHT

Big Hearts for Big Kids gave the Sunrise House a big boost over the weekend.

The annual event, spearheaded by homegrown country musician Tenille Nadkrynechny, raised a grand total of $165,431.29 through ticket sales and sponsorship for a concert on Saturday evening – all of which will go to local youth emergency shelter Sunrise House.

“It was amazing – it was so much fun and an incredible night,” said Tenille in an interview on Monday. “We’re blown away – every year the event has grown and we’re so grateful for the community support in allowing it to do so.”

“Our goal was just to continue to be able to meet that $100,000 bar and we’re definitely proud and grateful to have exceeded that,” said Tenille.

“It was born with that great connection to relating to people my age in this community,” said Tenille. “It definitely hit home to target Sunrise House and they are the inspiration behind this.”

Saturday’s event marked the fourth year for Big Hearts for Big Kids and according to Tenille, there are no plans to stop it any time soon.

“Big Hearts for Big Kids has become a huge part of my life and a part of a lot of people here,” said Tenille. “It’s important to continue to keep those services going for a group that services such a large area.”

The event and Tenille’s contributions certainly haven’t gone without notice, either.

The 19-year-old recently received a Queen Elizabeth II Diamond Jubilee award for her work with the annual fundraiser and last year and the singer-songwriter was presented with the 2012 Slaight Music Humanitarian Award through the Canadian Country Music Awards in Saskatoon, Sask.

“The industry, honestly, is really amazed with the community of Grande Prairie,” said Tenille. “They are really impressed with the way that, in one night, a group and a community can come together and raise that much awareness and money for such a great cause.”

Tanya Wald, executive director of Sunrise House, was blown away when she heard the results of the fundraiser.

“Honestly, I’m still extremely speechless,” said Wald. “A number like that is just unheard of. To hear a number like that announced Saturday night on stage…everybody was in a bit of shock.”

Working with an annual budget of approximately $475,000, the youth emergency shelter relies on base funding from the City of Grande Prairie as well as the Province of Alberta, but that still leaves around $200,000 for the shelter to come up with on its own, says Wald.

“It’s huge – it solidifies our ability to focus on the work that we’re here to do and not be constantly focusing on how we’re going to raise that next bit of money.”

Over the last year, Sunrise House has helped more than 100 different youth aged 12 to 17 and it has also provided more than 1,000 bed nights in its facility for youth in need.

Photos of the event can be viewed on photograph Suzanne Sagmeister’s Facebook page by clicking here. 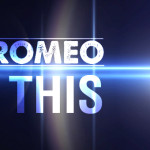 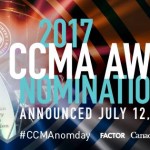 This Holiday Season Royalty Records Brings Their Family Together For A Royal Christmas!