Toronto, ON – 2012 CCMA Slaight Music Humanitarian Award recipient Tenille will release her sophomore album Light on Tuesday, March 12, 2013. The album features the single “Dear Heart,” which is currently being played on Canadian Country radio. Additionally, on February 23 Tenille will host her annual Big Hearts For Big Kids fundraiser at the TEC Centre in her hometown of Grande Prairie, Alberta. The evening will include performances by Tenille as well as top Canadian Country acts including Deric Ruttan, Jason McCoy, Victoria Banks, The Jeffersons, Sean Hogan and Wyatt. To date, Big Hearts For Big Kids has raised nearly $200,000. All proceeds go to Sunrise House; a Grand Prairie-based, emergency youth shelter that serves a wide area of Northern Alberta.

Based on the concept that light and hope can be found anywhere, even in the darkest corners of a person’s life, Light showcases Tenille’s substantial growth as an artist and her belief that music has the power to motivate people to make positive changes in their own lives and the lives of others. Nowhere is that clearer than on songs like “Pay It Forward,” the theme song for her 2012-2013 Canadian ‘Play It Forward’ tour, and lead single “Dear Heart,” co-written with Gordie Sampson (Carrie Underwood, Martina McBride), Caitlyn Smith (Rascal Flatts) and Kelly Archer (Jason Aldean, Dustin Lynch) – which expresses Tenille’s willingness to share her own vulnerability and openness with the world.

“I can’t wait to share Light with everyone,” says Tenille. “The songs and the messages on this record mean so much to me and I had a blast working on it with an amazing team of musicians and my producer, Fred Mollin. Watching them breathe life into these songs was an unforgettable experience.”

On the strength of her 2011 Royalty Records debut, Real, which entered the SoundScan Country chart at #13 the first week of its release, Tenille became the youngest artist ever nominated for the coveted Canadian Country Music Award for Female Artist of the Year (2011), and in 2012 the youngest recipient of the CCMA Slaight Music Humanitarian Award. That same year the 18-year-old’s talent and dedication garnered her the Grand Prairie and District Chamber of Commerce Business Excellence Award for Young Entrepreneur of the Year. In early 2013, Tenille took home the Association of Country Music in Alberta’s Fan’s Choice Award, won the ACMA Female Artist of the Year Award for the second year running and was honoured with a Queen Elizabeth II Diamond Jubilee Medal.

Tenille will be available for advance and in-person interviews surrounding the release of her new album Light. On February 27 & 28 she will be in Toronto and available for select interviews.

For more information or to request an interview, please contact: 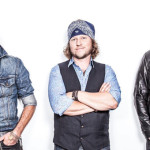 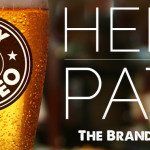