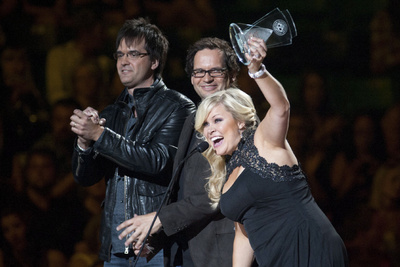 Alberta-based country trio Hey Romeo are back-to-back winners Royalty Record’s celebrated country trio Hey Romeo claimed the coveted award for Group of the Year at the 2012 CCMA Awards on Sunday, September 9. With member Rob Shapiro picking up a CCMA All-Star Band award for keyboards and the band winning Group of the Year in 2011, Hey Romeo is clearly a group that shows no sign of slowing down. 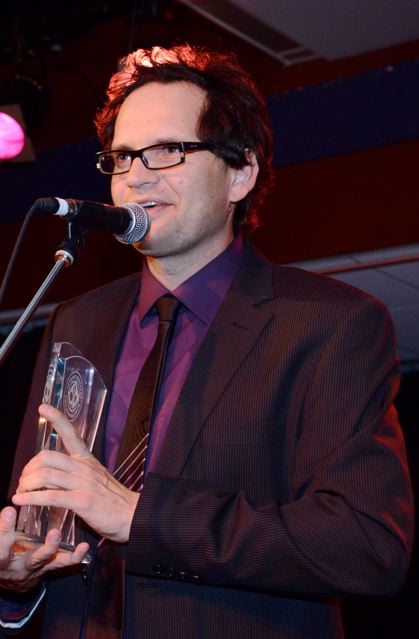 “We feel so honoured and blessed to be receiving this award for the second year in a row. It’s humbling to be a part of such an amazing event and to be nominated amongst the four other incredibly talented groups in our category,” said Stacie Roper, Hey Romeo’s lead singer. “We would like to sincerely thank all of the people who voted for us this year – we’ve worked so hard to get to where we are, and we couldn’t have done it without the help of our fans, friends, and family.”

Hey Romeo’s third and most recent album, Twist of Fate, showcases their knack for blending traditional and modern country music. Its success has been a large part of the biggest year the group has seen to date. With this new album, increased recognition due to numerous CCMA Award wins and an incredible fan base that continues to grow, Hey Romeo has proven that they are definitely a band on the rise.

Home to some of Canada’s greatest country acts, Hey Romeo’s hometown of Edmonton will continue to celebrate the success of the group along with countless other talented Albertans as it hosts the 2013 CCMA Awards in September.

Hey Romeo, a Canadian country-music trio from Edmonton, Alberta has become a national sensation since forming in 2002. The band’s members, Stacie Roper (vocals), Darren Gusnowsky (guitar) and Rob Shapiro (keyboard) have shared the stage with artists such as Sugarland, Darius Rucker, Gord Bamford and Johnny Reid over the past decade.