This October 2016, The Orchard will be heading to OCL studios in Calgary, to work with iconic producer, Jim Scott (Tedeschi Trucks, Johnny Cash, Wilco). Jim’s management was sent demos from this Edmonton based band and in no time emails were going back and forth setting dates to record The Orchard’s next collection of music. Jim expressed interest right away and has provided the band with glowing reviews.

After corresponding with The Orchard, Jim said this about two of the band’s tunes:

Dream Inside A Dream – “The Orchard’s Hit”

Sometimes I Wonder – “For the critics, honest, real, feels like The Orchard” – Jim Scott

Royalty Records/Sony Music Canada recording artists, The Orchard are a band that are hard to forget.

The Orchard’s sophomore album “Georgia”, recorded with Juno nominated producer Russell Broom, was released in August of 2014. The band has released four radio singles from the album across Canada, getting airplay across the map. Singles include “She Don’t Play Fair”, “Angel Eyes”, “Gone Missin’” and “Georgia”.

The Orchard is continuously pulling from what seems to be a bottomless pit of sounds and inspirations, with the help of their talented band mates, Jason Koop (drums) and Andreas Wagner (bass). The deeply emotional, vocal like guitar work of Mitch Smith and spine tingling, powerful vocals of Kasha Anne have got people catching onto the infectious vibe of what makes up The Orchard.

The ACMA (Alberta Country Music Association) has recognized The Orchard by nominating them for several awards over the past few years, including Group of The Year, Rising Star, Fans’ Choice and nominations for Song of the Year.

Jim Scott is an American music producer and engineer, best known for his large body of work as an engineer, and his work as a producer with American rock band Wilco.

Scott has worked as engineer with a range of other rock music artists, including Dixie Chicks, Tom Petty, Sting, the Rolling Stones, Roger Daltrey, Crowded House, 7 Worlds Collide, Red Hot Chili Peppers, Lowen & Navarro, Jack’s Mannequin, Ron Sexsmith and many others. Scott won a Grammy Award for his work as engineer on Red Hot Chili Peppers’ benchmark album Californication (which he also mixed), as well as for engineering Tom Petty’s Wildflowers, mixing the Foo Fighters’ One By One, doing engineering work on Santana’s Supernatural, and getting three Grammys for his work on the Dixie Chicks’ Taking The Long Way. He also mixed Matchbox Twenty’s “More Than You Think You Are” which reached a no. 6 on the US Billboard 200 and had two Top10 singles on the US Hot100.

In 2013 he participated in the movie Sound City, by Dave Grohl (Foo Fighters), along with many others such as Paul McCartney, Butch Vig, Neil Young and Tom Petty. The movie was about the Neve console and its many visitors over the years, through the studio of Sound City, which by the way was where Nirvana’s Nevermind was recorded. 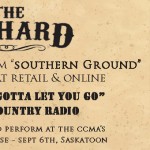 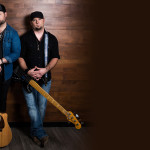