adminOctober 3, 2012November 20, 2012UncategorizedCMT, CMT Canada, Group of the Year, Hello, HEY ROMEO, JUMP BACK IN, MAYBE YOU REMEMBER ME NOW, That's What I AmNo Comments on Hey Romeo’s “Maybe You Remember Me Now” Canadian country radio and CMT!

Hey Romeo’s newly released single “Maybe You Remember Me Now” to country radio, follows up with this music video exclusively available to view on CMT.ca. The #1 track on the band’s latest album “Twist of Fate” was co-written and produced by Nashville’s, Byron Hill. 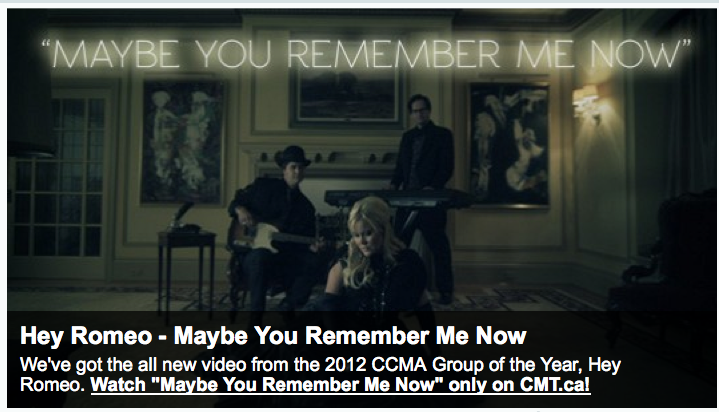 Hey Romeo – That’s What I Am